Jewelry refers to any type of adornment. They are usually used by women starting from the ancient era. Dependable on where the place is located, jewelry can be made of shells, stone even bones.

The usage of jewelry has started many decades ago. It was recorded that gold was used to be buried with the dead to accompany them in the afterlife. Not only in Egypt that has been using jewelry as a ceremonial tool, but the same trend has also been found in ancient Ireland.

Meanwhile the trend of jewelry that we know now started since the 17th century. In the 17th century, there are a huge amount of gemstones and pearls that are used as a form of adornment. Since then, we can see a prominent usage of diamonds, combined with another type of precious stone to be made into a piece of jewelry.

When it comes to jewelry, they are very well known for the price that it carries. The higher the price resonates with the higher the historical value that the jewelry carry, and what the material is made of.

Underneath is the list of the most expensive jewelry from the top to the bottom:

The hope diamond is perhaps the most expensive diamond that ever exists. The history goes back to 1653. A French merchant named Jean Baptiste Tavernier bought a 115-carat diamond that was shipped from India. The diamond would later be sold to King Louis XIV. Jean Baptiste would then go to Russia and retire there.

King Louis XIV later renamed the diamond French blue. However, when his descendant, King Louis XVI, and Marie Antoinette lost their heads during the French revolution, the diamond was ransacked and lost.

The diamond would later emerge back two decades later in England, in a London’s banking family’s gem collection in 1839. They named it the hope diamond.

This diamond can now be found in the Smithsonian museum of natural history. The beauty of the diamond is one that allures so many people. It is said that the unusual blue coloring comes from the impurities that were caused by boron atoms. The diamond is known for bringing bad luck to anyone who owns it. However, as of now, that is proven as a myth to entice people. The diamond is priced at $250 million. 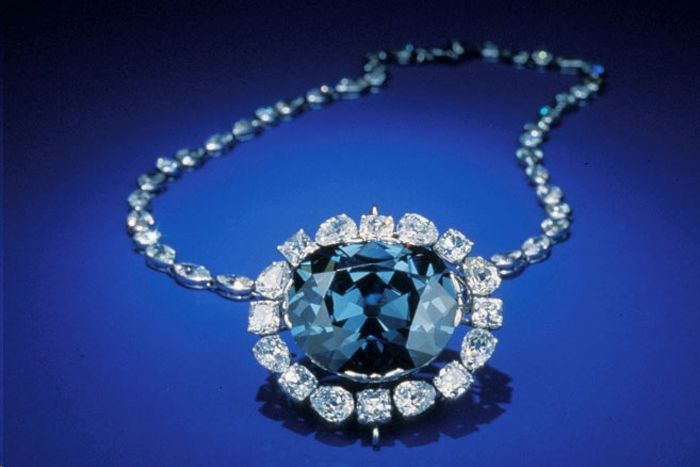 This piece of jewelry is made by Graff diamonds. It uses a combination of various colors of diamonds such as white, yellow, blue and orange. The brooch that was shaped into a peacock contains 120,81 carats and over 1,300 stones. In the middle of the jewelry, a rare dark blue pear-shaped diamond was placed.

The jewelry is a product of multinational jewelry that uses Kimberly process. Kimberly process itself is an ethic for the jewelry, that they would not allow the buying or use of diamonds that would perpetuate human suffering or conflict. 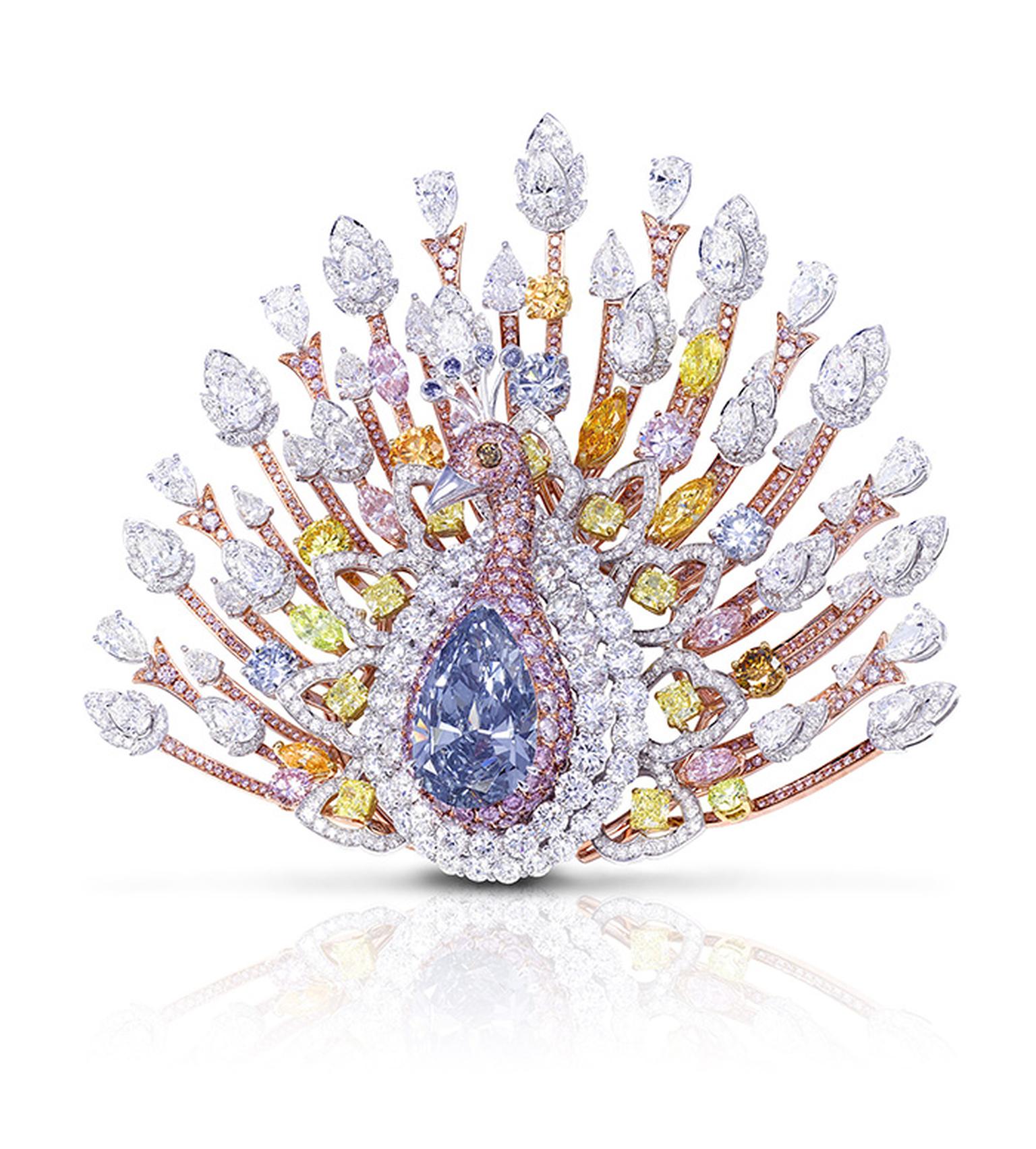 In 2008, the jewelry was auctioned in England and was purchased by Laurence Graff, the creator of the peacock brooch. He modified it and sold it to the royal family of Qatar for 80 million dollars. 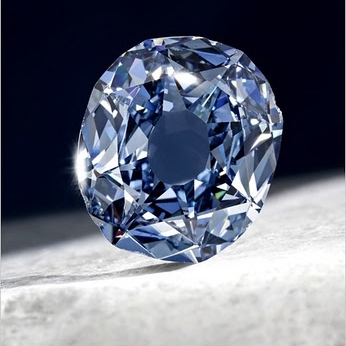 The stone for the pink star was mined in South Africa and was found by the famous diamond miners De Beers in 1999. It was originally a 132,5-carat rough diamond that was cut into the shape that it was today – 59,6 carat.

The reason why this jewelry is very famous because it comes from a rate gem named Steinmetz pink and was graded as the largest internally flawless fancy pink diamond to date. It was priced at $71,2 million. 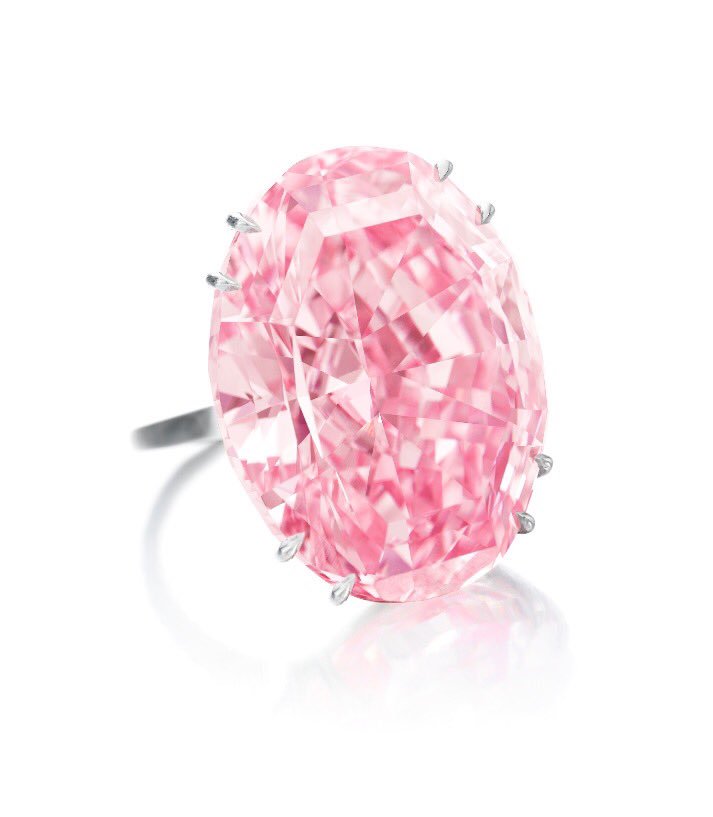 The Oppenheimer blue’s origin is surrounded by mystery. Experts predicted that it was mined somewhere in South Africa, by an unknown company. It was later purchased by the famous family, Oppenheimer. Sir Phillip Oppenheimer is a very famous businessman who has been working in the diamond business for century. After his death in 1995, the diamond was auctioned in 1999.

The Oppenheimer was also named the largest fancy vivid blue diamond, a title that is similar to the pink star. It weights of 14,62 carats and was cut in an emerald cut. It now holds a value of $57,5 million. 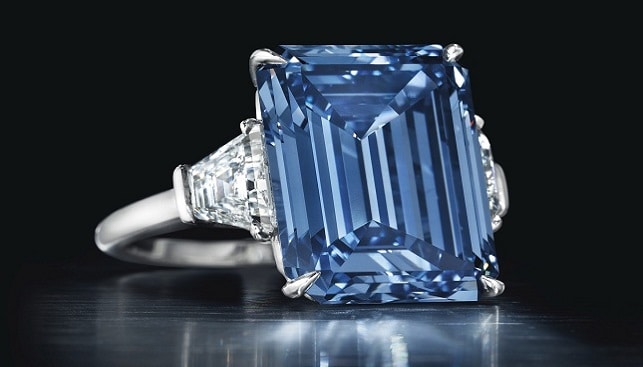 Once upon a time in the 80s, a girl played in mining rubble. She found a diamond and then gave it to relative. That person then sold it to the merchant who shaped it into the diamond necklace that it is today.

The diamond necklace was created by the company Mouawad. It is a huge yellow diamond pendant, that weighs 407 carats and is suspended by a rose gold frame and was adorned with 90 smaller white diamonds weighing 230 carats. 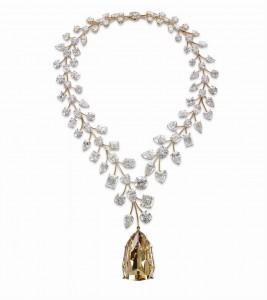 This diamond was discovered in 2014, in one of the diamond mines in South Africa. Because of the vivid colors, it would later bought by a hong kong billionaire, Joseph Lau Luen Heng.

Rumors said it that he bought it for his daughter, Josephine – after which he named the diamond after. It is now 12.03 carats from its original 29,6 carats. It was sold at the highest record of colored diamond per carat has ever sold for. It is priced at $48,4 million. 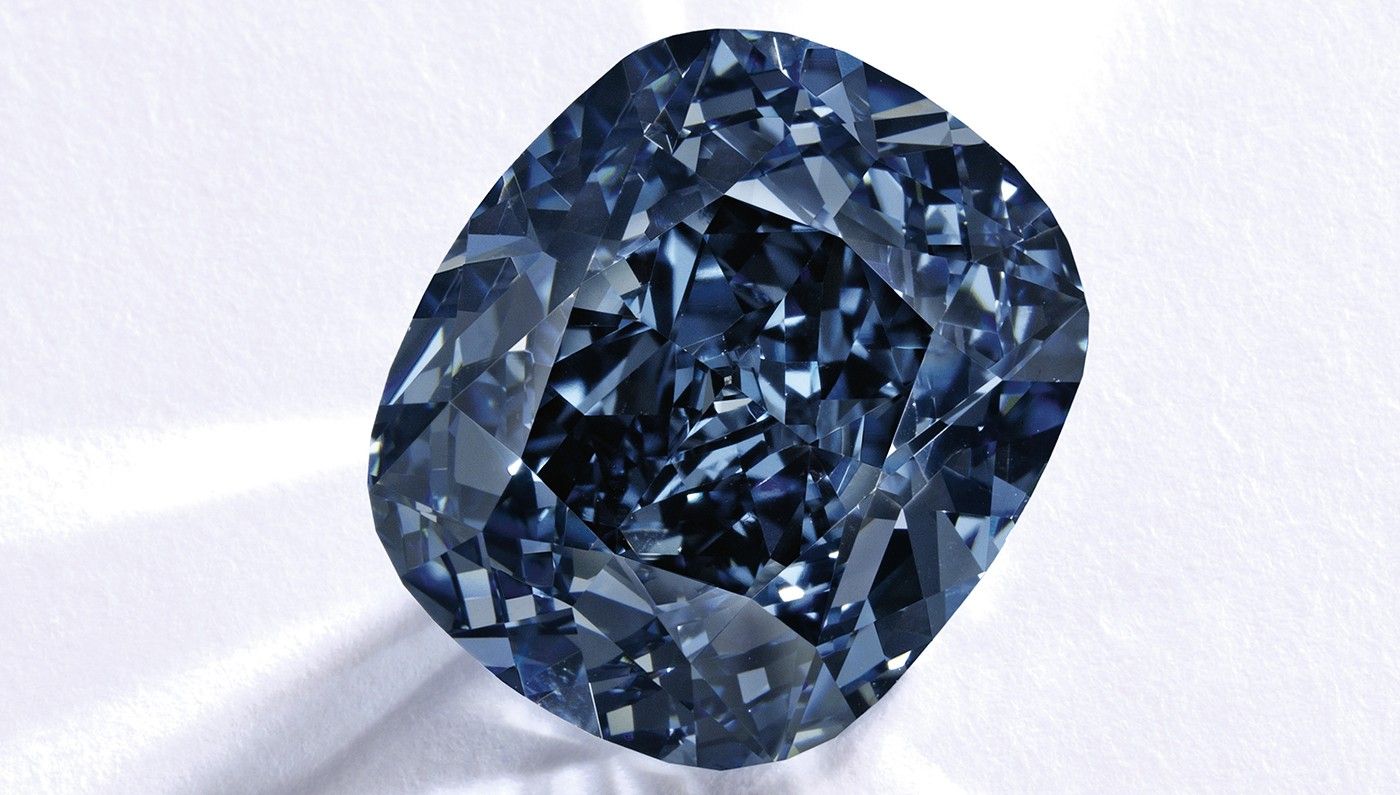 This diamond is expensive due to the unusual coloring that it has. This diamond has a pure electric blue tone that is very rare and a color quality that is difficult to reach for a blue diamond. The diamond is priced at $32,6 million. 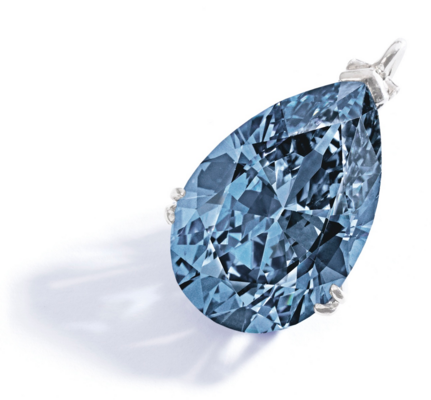 It is a string of necklace that is made of 27 graduated jadeite beads, with a clasp of 18 K yellow gold, rubies and diamonds. The necklace was originally a wedding gift of Barbara Hutton for marrying Georgian prince Alexis Mdivani in 1933.

The reason the necklace is so expensive is because of the fact that high-quality jade can’t yield beads more than 10 mm in diameter due to the scarcity of jadeite borders. The beads of this necklace measure over 15 mm and were all carved from the same boulder. The necklace is priced at $27,3 million. 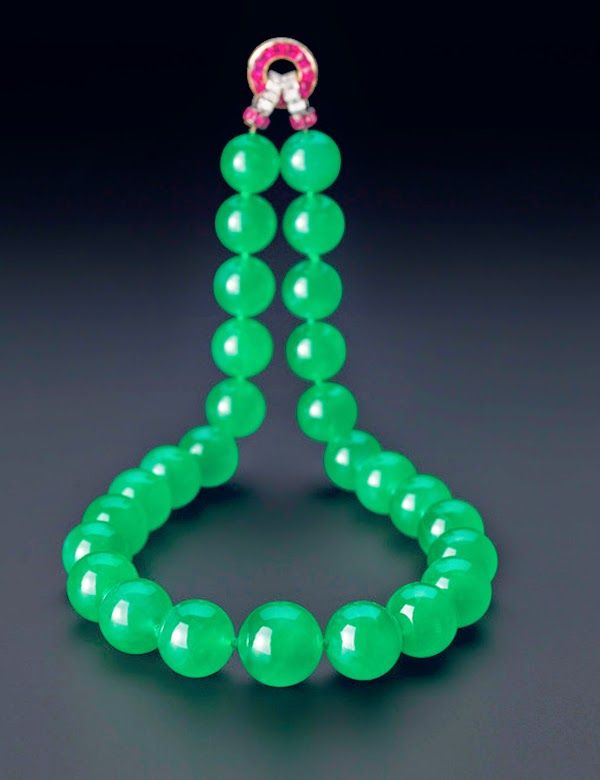 This piece of the ring is priced at $ 23,8 million. It was the largest and most impeccable blue diamond. It was bought by Harry Winston, and it was believed that this piece of diamond is also cursed. It served as an inspiration for the heart of the sea necklace which was featured in the movie titanic. 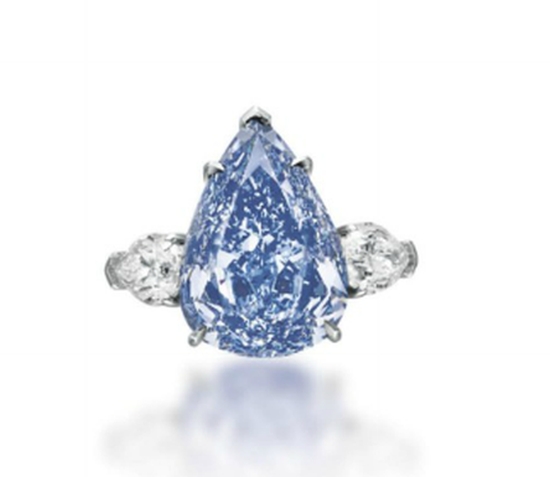 Hope you enjoyed our article :) Come and check our store and find amazing prices for luxury pieces.

SOME TIPS TO HAVE AN EFFECTIVE JEWELRY STORAGE SOLUTION

HOW DOES A WATCH WORK?

You can use this element to add a quote, content...